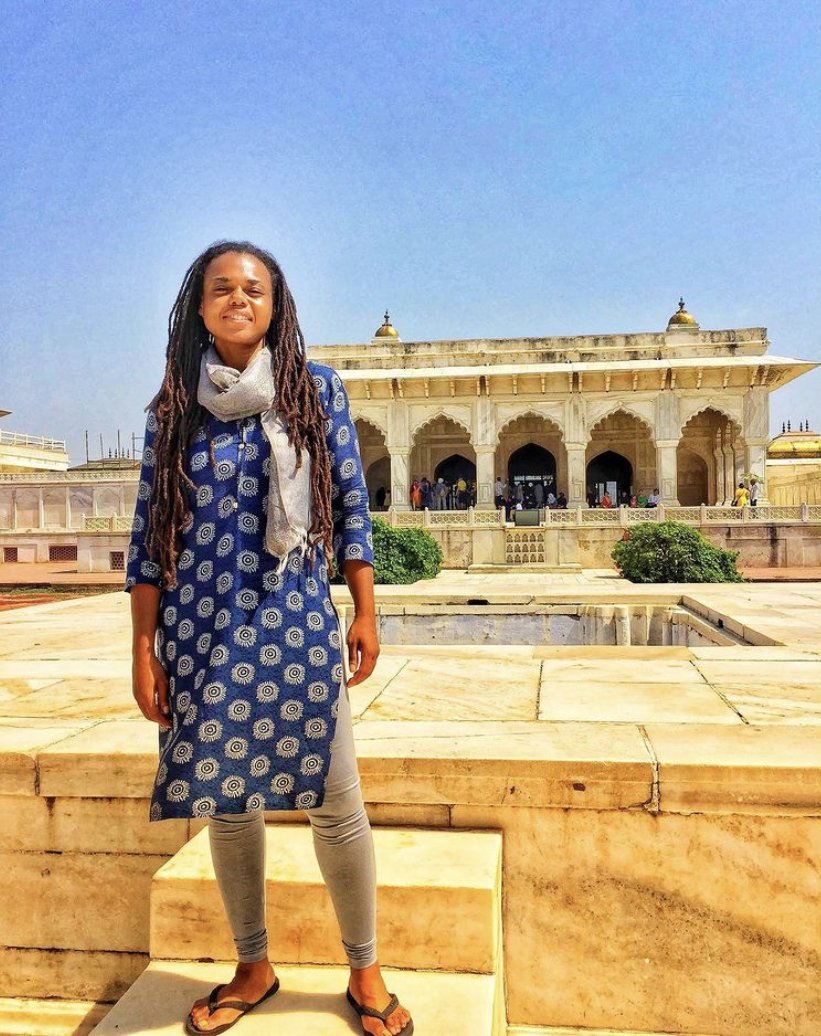 So, you’ve been putting off an international trip for years because you don’t want to travel solo. But now you’re ready. Ready to catch that flight across the Atlantic Ocean.

Most importantly, you’ve saved the money and you finally found some friends that want to go. But, then one by one. People start dropping off like mosquitos dying slowly from a bug zapper. Maybe you start feeling a sense of doubt, and you start questioning whether or not you should still go on this trip.

But, you decide to go anyway. Your friends are shocked. Because, hell if you go without them and not be miserable. Your family thinks you’re going to die overseas as if you’re a character on Oregon Trail and you’re going to catch dysentery (for my 80s babies).

Besides, you have a few months left before you take off towards the greatest adventure of your life, but secretly you’re terrified about traveling solo.
For that reason, going on a solo trip is a massive game-changer. Your life won’t ever be the same afterward.

Above all, before you travel solo, why not practice? Practice in your backyard. Head to the movies by yourself. Take yourself out to a nice dinner and not to a greasy fast-food restaurant.

Take a day trip to a nearby state or if you’re on the East Coast head to the West Coast and vice versa. Go to a nightclub alone. Hear me out. Become comfortable with being alone with a lot of people around you that you don’t know.

This is important because traveling to a new place feels intimidating. And if you can become comfortable with being in different places with different people you’ll be able to travel solo flawlessly. My first solo trip was in Chiang Mai, Thailand. It felt weird. I had all these judgments in my head and began feeling insecure.

Furthermore, limiting thoughts swirled inside of my head, such as maybe people think I’m a loser for traveling alone. But that was hardly the case because I met many solo travelers on that trip.

We hiked through the mountains of Chiang Mai and that’s when I met two ladies from The Netherlands. It gave me the chance to learn about The Netherlands, their culture, their travels and we exchanged many stories.

“The one who follows the crowd will usually go no further than the crowd. Those who walk alone are likely to find themselves in places no one has ever been before.”

1. You feel free. It’s like a blank canvas waiting to be created by you, whatever you can imagine. Freedom to be and do because not only do you control your time, but you also control what you do and how you do it.

There’s no waiting there’s only going, and if there is waiting, you’re just waiting on you. Unencumbered by external forces, you fly free and not like some bird but like a jet that’s fueled by caffeine.

2. Traveling solo makes you self-sufficient because you develop a level of independence you never knew you had. You’re making spontaneous decisions in a foreign land, and you learn to trust yourself.

After navigating several cities and countries, you pretty much feel like a badass. For instance, I figured out ways to travel by ferry. Then, I learned to book transportation for 8-hour rides and flew across the seas of Indonesia from Bali to Lombok. Which I then navigated a local boat to Gili Meno.

Because traveling taps into what has been lying dormant. A spark is ignited by traveling. It awakens your soul.

You begin to use forgotten senses. Because you start seeing things with a new meaning, you taste different foods, you hear various dialects, etc.

4. You reconnect with yourself. In fact, many travelers often develop more in-depth insights into themselves and what makes life more meaningful. Because there’s an existential occurrence that happens when you travel solo.

This is when you begin to realize how big and small the world really is.

5. Connecting with the locals will expand your consciousness. Traveling solo changes your perspective of the world.

When you meet people from different cultures, it exposes you to different practices. In this case, traveling creates less ignorance.

“Travel is fatal to prejudice, bigotry, and narrow-mindedness, and many of our people need it sorely on these accounts. Broad, wholesome, charitable views of men and things cannot be acquired by vegetating in one little corner of the earth all one’s lifetime.”

One day, I hiked on a mountain located on the island of Koh Phangan, Thailand I met a man who lived in the mountains. He told me to follow him so I could see a much better view.

Certainly, hesitated at first, but these are the moments that make traveling exciting. So then, I followed him further up the mountain, and the view was spectacular.

6. You’ll make unbelievable memories and create incredible stories. This only happens outside of your comfort zone.

Because ultimately, life is not about the things you accumulate. It’s about the memories, the experiences, and the connections.

7. You’ll have great conversations and learn about other travelers stories. When I visited Kyoto, Japan I ate at this mom and pop restaurant where I enjoyed traditional okonomiyaki (also known as the Japanese pizza). Anyway, that’s when I met another traveler.

He was in town for work and we discovered we were both from Boston and immediately had a connection.

Even more, when you’re traveling with others, sometimes you miss out on these offhand conversations. You’re challenged to lean into your edge and make that human connection.

8. You’ll develop a boldness because you’ll be more willing to try new things. You’ve come this far, why not?

I parasailed for the first time in Bali. Please note I’m deathly afraid of heights. Or the time I ate crickets in Bang Bo, Thailand.

In any case, traveling solo allows you to practice micro acts of courage at your own pace. So, when you return home you’ll feel like a superhero.

9. You’ll grow to love your own company even more. Because you won’t mind the long walks, sightseeing solo, or trying new foods or even hiking through the mountains with a tour guide.

And you develop a more profound sense of self-love. And not because other people validate you but because you believed in yourself and you validate you.

10. Traveling solo allows you to experience a mental and spiritual reboot. Anyway, let’s face it, stress accumulates, and sometimes faith is questioned. But what a solo trip does is it exercises those brain muscles and reconnects you with gratitude.

“You cannot be lonely if you like the person you are alone with.”

Traveling Solo is A Form Of Personal Growth

In fact, there are countless stories of people who’ve traveled solo, and the theme remains the same: they learn a lot about themselves.

Because this is the sort of challenge you seek because the outcome of growth is inevitable. Yes, there are safety risks to consider, but there are ways to learn to be a smart traveler.

However, most people I’ve heard from have said; it was the best decision of their lives.

So, please don’t worry about what other people say about traveling solo, to countries they’ve never visited, especially if they’ve never even been out of the state!

Finally, decide for yourself, and have an unforgettable ride.